I’m glad I got to Croatia now as frankly I can’t imagine what the prices will be like in the future.  That having been said,

– I loved living in the ancient Roman ruins at Split.  The Split Hostel is a neat place too (motto: “Snooze and Booze”) with probably one of the best locations and nicest staff I’ve come across. 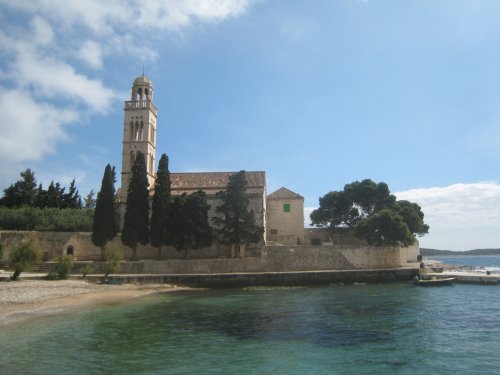 – That having been said, I don’t think you should go to Split without devoting some time to the islands in the area.  Notably Hvar.  Hvar is one of those places I was actively scheming to return to while still there, and I loved my apartment. 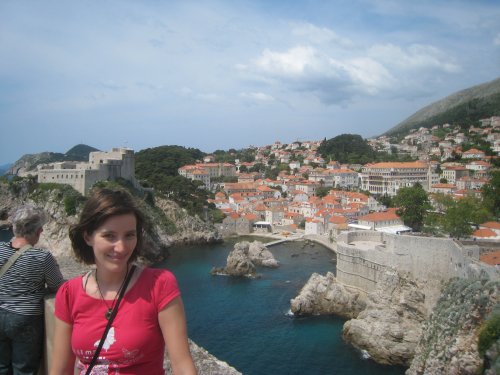 – Last but not least, Dubrovnik. What  a lovely, picturesque place…

– Oh, and I gotta mention that I finished the 1,000+ page Pillars of the Earth the week I was in Croatia, not to be compared to how I finished its 1,200 page sequel in four days not long after.  And this is why I don’t buy many books on this trip, get me close to one and it will be consumed incredibly quickly.

– Rain, rain go away… it rained at some point every day while I as in Croatia.  Often not long and in a brief afternoon thunderstorm, but it would always be just when you were planning some activity or another.

– And this might sound like an odd complaint but… I never got used to the Croatian currency, the kuna.  It’s about 6 kuna to the dollar and you often find yourself getting one or two kuna as change, which you forget about and suddenly realize you have several dollars worth of change to get rid of.  I didn’t have issues like this in other countries so I don’t know what it was, but I felt like I was always trying to shed currency- not the best mentality to have!

2 responses to “Summary of Croatia”