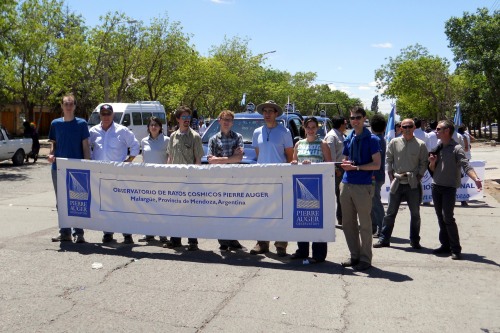 Today was the annual Malargue Day parade, a grand affair for a very small town that normally is home to ~40,000 but certainly swelled to several times that. It felt like more people were in the parade than watching it and the physicists were no exception, proudly marching behind our Pierre Auger Observatory banner (or waving from the back of the observatory pickup if you’re me and think that sounds like fun). It’s worth noting that one member of our party was Jim Cronin, the 1980 physics Nobel laureate, which is cool cause how many of those have you been in a parade with?

The photos tell a better story than I could so I’ll let them do so, starting from scenes at the lineup, seeing parade-goers on the sidelines, and the end of the parade itself which consisted of hundreds of Argentine gauchos (aka their cowboys), some of whom rode two days just to attend. Along the way I made various friends and invested 10 pesos (US$2.50) in a knockoff Lisa Simpson bubble gun from a street vendor- how could you not?!– deciding on Lisa instead of Bart or Homer because both were disturbingly missing pants. All in all, a seriously fun festival with loads of people watching! 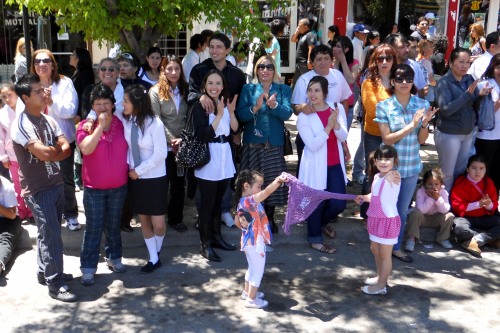 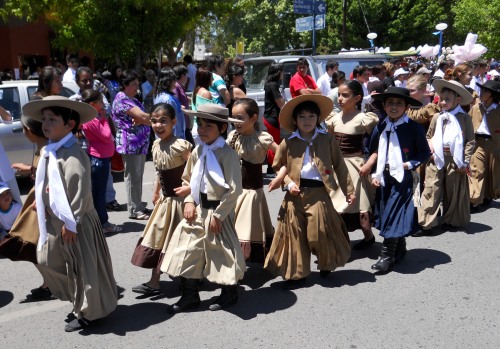 This entry was posted in Argentina. Bookmark the permalink.