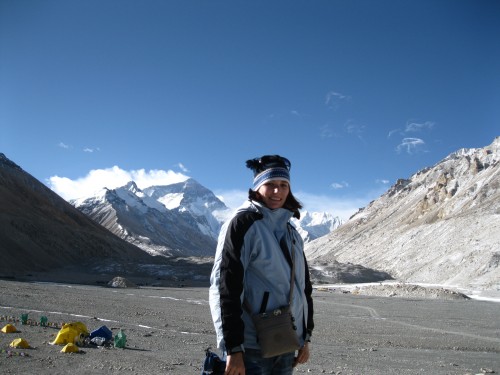 When I think back on 2011 it will undoubtedly go down as the year where I did more in 12 months than most people do in a lifetime.  If I didn’t personally already defend a thesis, become a published author, move to a different country, and explore 20 countries on 4 continents along the way I would accuse myself of lying because I’m tired just thinking about it.  But I apparently did because I lived through all of it!The year began in 2011 in Cleveland, Ohio where nothing much happened initially because I was busy writing my thesis, which I successfully defended in the beginning of February for my Physics M.S.  If you know anything about Cleveland at this time of year you know leaving it is a rather enticing prospect- a lease that’s running out never hurt motivations either- so the day I successfully defended also corresponded with the day I purchased a one way ticket to Zanzibar off the coast of Tanzania. 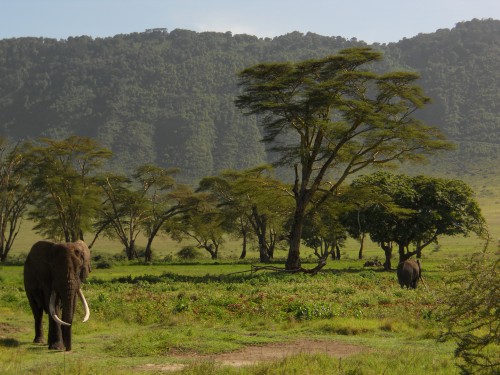 No I’d never been to East Africa before, but when did such details stop me?  About a month of wandering through Tanzania, Kenya, and Uganda ensued after this, first recovering from thesis work on the Zanzibar beaches, then heading inland for a safari and to meet up with my brother in Nairobi.  From there we went on some more safari-ing in Kenya, then up to Uganda where we paddled the mighty source of the Nile and got to track wild mountain gorillas… and I infamously got punched by one of them.  2011: year of the gorilla punch. 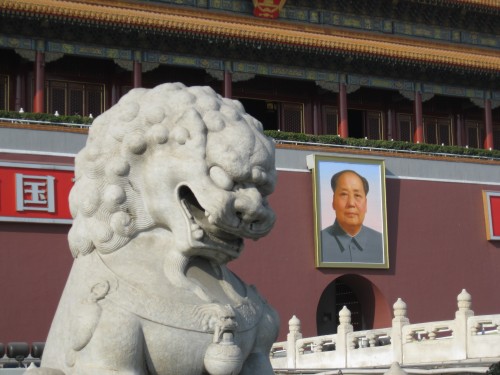 After that, because Patrick wanted to explore China, I was game, and it was a dirt cheap flight, we headed to Hong Kong and started slowly, methodically working our way westward to Tibet and Nepal.  I’m honestly still not certain what I think of China- the history and culture are incredible, the pandas are adorable, and the terra-cotta warriors alone made it worth our while, but I have a hard time believing that a country where people go to the bathroom on the side of the road and bans Facebook will become the leader of the world.  Perhaps someday, but it’s not exactly a straight line to that end goal is my point… though in a few years when more of it resembles Hong Kong perhaps I will change my mind… 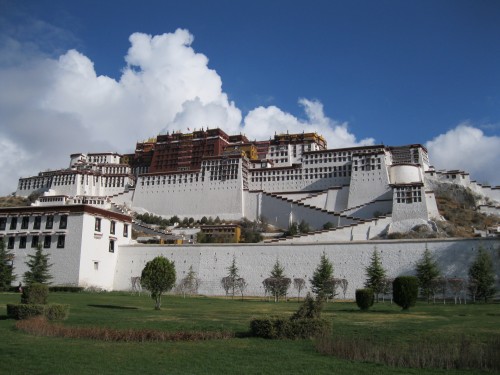 Plus there was the matter of Tibet.  I will never forget Tibet, from the epic 48 hour train ride to Lhasa where there are military guards with weapons on every street corner, to the palaces and temples that had more gold than I’d imagined could exist, to the tears of pride in my eyes as I surveyed Mount Everest Base Camp.  Tibet was decidedly not China in every way your mind tells you you’re in a different country… until you’d see another Chinese flag flapping in the breeze or reach another roadblock and be reminded of this fact.  It’s not realistic to think Tibet will become its own country someday (as there are now more eight times more Chinese living there than Tibetans), but the Tibetans we met along the way are determined to hold onto their culture.  I hope they do. 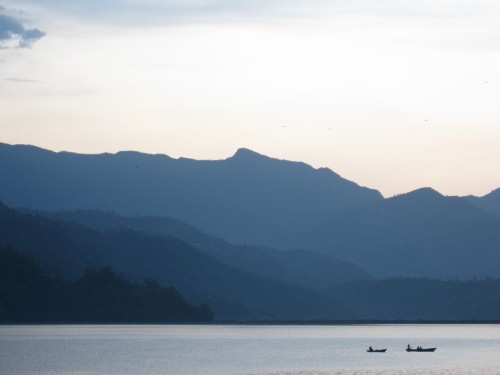 After Tibet, late April found us going down to the low-to-us elevation of Kathmandu where I said goodbye to Patrick as he flew back to the USA.  I spent almost all of the following month in Nepal recuperating my strength by (I evidently have a strange sense of the word) learning to whitewater kayak, canyoning, paragliding… and doing an interview via Skype that led to my acceptance to graduate school in astronomy at the University of Amsterdam!  For someone who’d dreamed of what Nepal must be like as a girl it was certainly great to see that it was just as lovely and adventurous a place as I’d imagined, even if general strikes occasionally meant you had to walk to the airport because there were no motor vehicles to be had.

But anyway, after three months of the 3rd world it was time to return to the USA by way of Europe so I could admire how cool potable tap water is.  I visited Amsterdam for the first time with which I got smitten (still am), along with Hungary, Germany, and Ireland before landing in the USA in June.  Summer was spent doing various things such as helping my parents clear out my childhood home which was put on the market, getting my first article published in Astronomy magazine, and wandering a bit around New England and Quebec.  You know, fairly normal stuff for a change, plus getting ready to move to Holland… 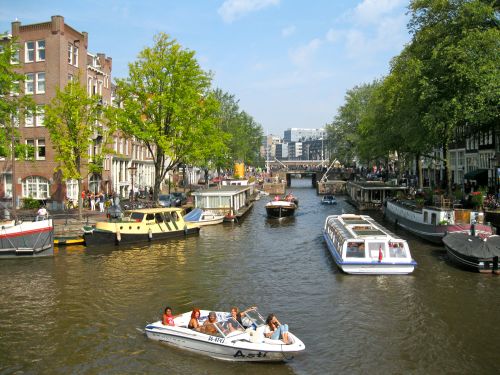 My European life began just a few days before September, first picking up my citizenship papers in Hungary (I am an official dual citizen now!) and then doing all the frantic finding an apartment/ buying a bicycle/ settling into a new workplace things that all moves tend to entail, but this time with more Dutch.  While some of the process was a little frustrating (it took me almost a month to get a cell phone for example), I won’t dwell on this because I love my life in Amsterdam too much to do so.  You can do anything in Amsterdam that you’d want to do- admire some masterpieces, head to the beach, eat sushi at 2am, play around with RFI data for radio telescopes, learn improv, hop on a train and be in a different country in two hours… the choices are endless, and I love the city so much I already feel like my program length of four years is too short!

So after all that, what’s in store for 2012?  Well there will be some more wandering but on a smaller scale- I’m currently writing this from Florida where I’m visiting family for the holidays, and will visit Austin, Texas before heading back for the 2012 American Astronomical Society conference (yes, Artie Aardvark will be there!).  Then after that, well, nothing definite- I am looking forward to spending 2012 exploring Europe, but I’m mainly looking forward to just living life in Amsterdam.  They say you are soon immune of the beauty and charm of a place when you live there but I’m happy to confirm this is not the case- if anything, I’m becoming a bit of an Amsterdam snob as on a recent trip to Paris I found myself thinking “Paris is nice, but it’s no Amsterdam…”  Yes, there is clearly no hope for me, but it’s rather nice to live in what you’re convinced is the prettiest city in the world right?

It’s been a helluva year.  Here’s to wishing the very best to you and yours in 2012- and if you find yourself passing through Amsterdam at any point, be sure to let me know.