On Dual Passports and Secret Agents 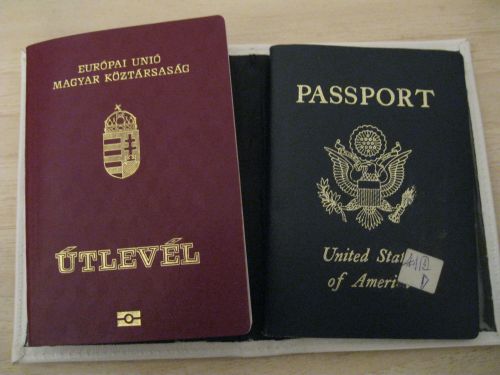 I can’t quite recall if I ever officially mentioned it here, but a few months ago I finally officially received my Hungarian passport.  This statement probably confuses many people who know me in the real world who always just assumed I had it (Hungarian isn’t one of those languages you just pick up usually), but the long and short of the situation is when my twin brother and I were born in 1986 all male Hungarian citizens were required to enter the army.  At the time no one thought the communist government was going to topple in a few years, so what was the point of registering two American-born children for their Hungarian citizenship with a nice requirement like that looming over one of them?

Fast forward about a quarter of a century, and it turned out that one of those twins was getting tired of paying exorbitant visa fees on her American passport, and both of those twins were considering moving to Europe.  So I decided to get that ball rolling, which turned out to be a mess of a process that dragged on for well over a year due to a mountain of paperwork one would expect from a former communist country. Lots of forms in Hungarian that at times made even my mother pause to understand their meaning (to give you an idea, my favorite was one just to confirm I wanted my name spelled “Yvette” instead of the traditional “Ivett”), all of which disappeared into the consulate… and while the process was supposed to take six months, it dragged on to over a year.  Klassz!

But in the end it all worked out, I finally had the Hungarian passport itself in hand in November, and it’s around this time that I discovered my new travel hobby.  Because you see, I now have a passport from a former Soviet Bloc country that is as yet not scanned or marked in any way, on a citizenship that a few months ago did not yet exist on paper…

That’s right, now when I go to the airport I alternate between my Hungarian and American passports when asked for identification to ensure the bad guys can’t trace me.  And I’ve been pretty successful shaking them off so far, except of course for that one gun fight on a speedboat racing through the Amsterdam canals that I don’t like to talk too much about.

Plus hey, my flirtations as an International Woman of Mystery aside, the visa fees to many a country just got a lot cheaper and the E.U. can now never kick me out. Win! As for where it may take me, I will just refer all curious folks to the cover of my passport holder: 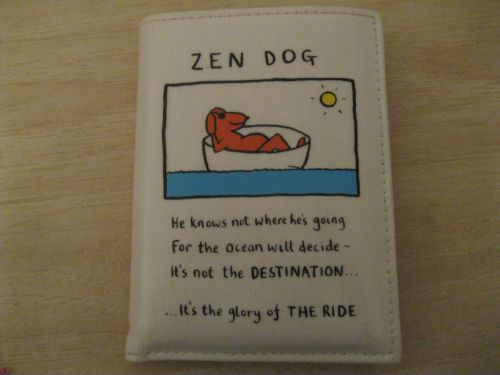 This entry was posted in daily life, Hungary. Bookmark the permalink.

7 responses to “On Dual Passports and Secret Agents”