Continuing our series of our lovable scamp exploring various interesting astronomical locations, Artie Aardvark has graciously agreed to cover a recent visit of mine to University of Southampton.  Take it away, Artie! 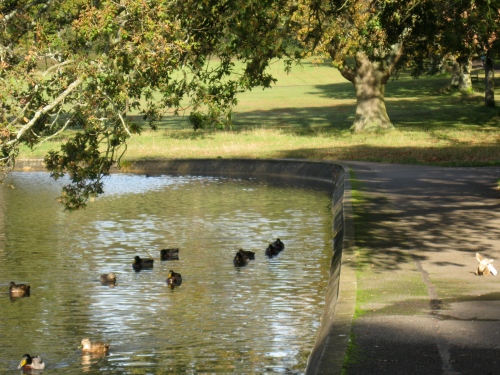 I was very excited to go to Southampton!  People told me it would be rainy in England, but the weather was actually very nice.  Here I am making friends with the ducks in Southampton Common on my way to the university. 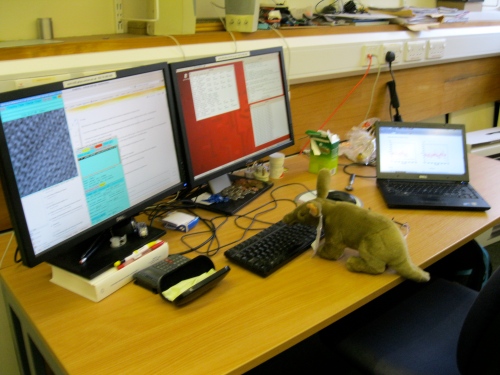 Once I arrived, it was time to help with work.  Most astronomers these days do not work at their observatories most of the time but instead get their observations and spend months or even years analyzing them.  I suppose this is nice because then you don’t have to spend all of your time in the middle of nowhere anymore!  Here I am working on the code for a particularly troublesome data set. 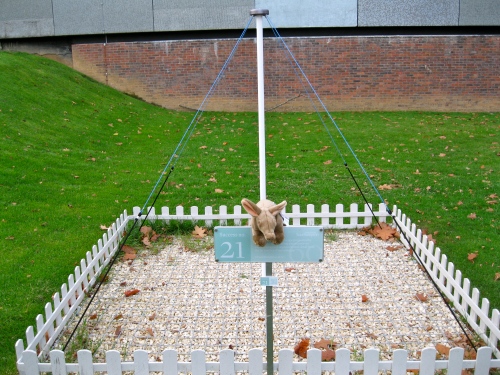 Later in the afternoon, however, it was time for a break to explore the University of Southampton campus!  We of course first stopped at the LOFAR antenna next to the physics building- it’s not a real antenna, but a pretend one to show you what they look like.  It is kind of funny to think that a metal pole in the ground is a radio astronomy antenna because I thought they looked more like the Westerbork ones I visited once, but it turns out what really matters is what wavelength you are looking at.  Radio frequencies all have a matching wavelength that can be anywhere from sub-millimeter to longer than a football field from their peak to trough, similar to how waves in the ocean can sometimes be very tiny and sometimes very giant.  The wavelengths LOFAR is interested in are about as long as this pole, so that’s how big the antennas are- the fact that they are cheap to build helps too! 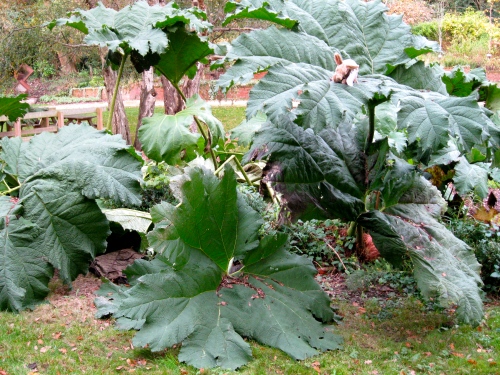 After that, I also enjoyed exploring the Southampton campus because it was very green like a giant park.  In fact, it was quite the jungle in some places! 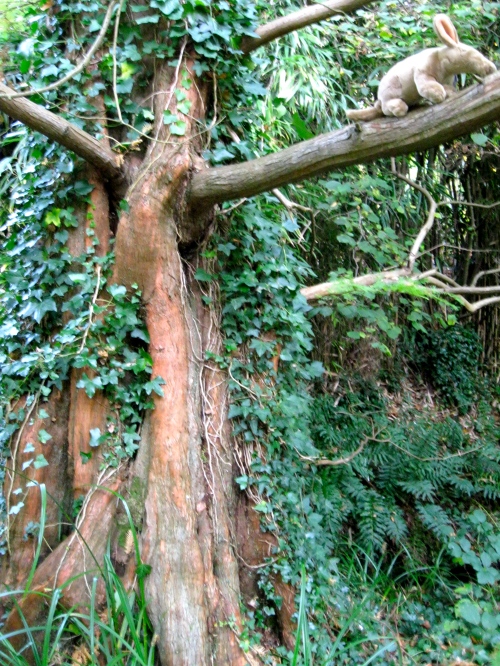 It was really fun to explore all the plant life and clamber around for tasty bugs, and… oh no!  I’m stuck!  Yvette, help!!!! 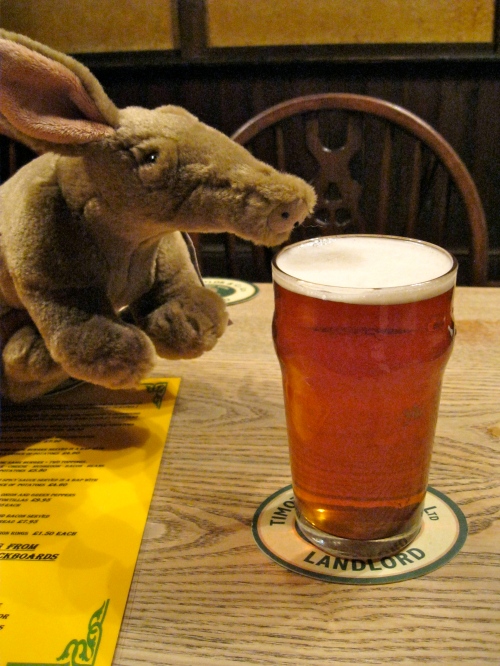 Whew, I got saved!  To regale those who missed my adventure, after work the astronomers were nice enough to take me to The Crown Inn, a very cozy pub just down the road from the uni.  Where I got a nice big pint all to myself, and Yvette told me to take it slow but it was so tasty I didn’t and why did she say that anyway… 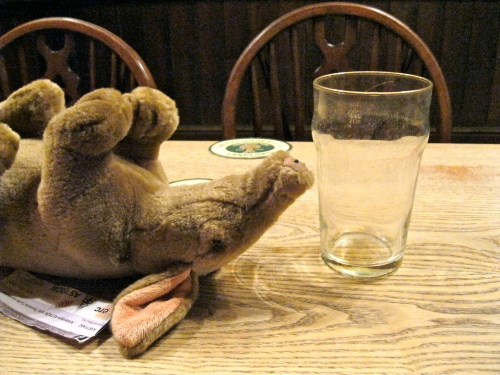 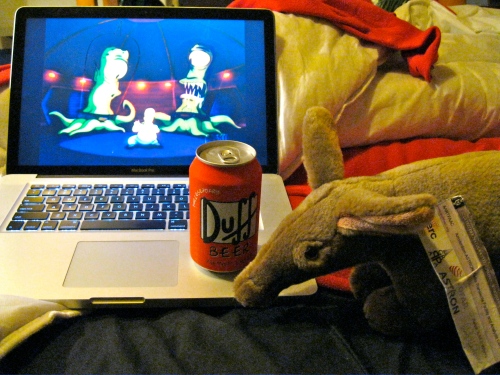 When I woke up later I’d missed out on a lot, and boy did I learn my lesson!  So even though there was real Duff beer to be had during the Simpsons Treehouse of Horror marathon on Halloween I didn’t have very much of it.

Thanks to everyone in Southampton who helped me with the pictures!

This entry was posted in Artie Aardvark's Adventures, United Kingdom. Bookmark the permalink.