Lisbon and the Greatest Disaster You’ve Never Heard Of 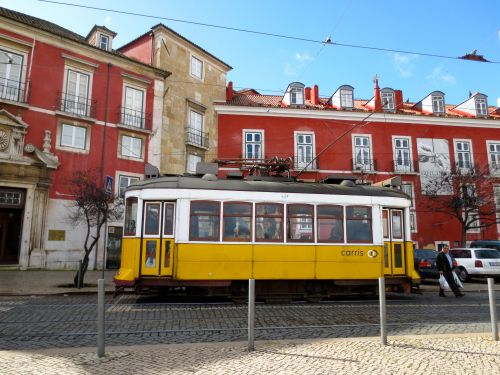 The first thing I want to tell you all is that Lisbon is very nice.  Really nice, honestly, especially when it’s the beginning of February and you’re looking for a weekend break to find some sun and get a brief taste of a country you haven’t been to before.  The people are lovely, the prices are right, the seafood is amazing, and the little old trams are adorable- how could it not be? END_OF_DOCUMENT_TOKEN_TO_BE_REPLACED

So my article made the cover of Astronomy Magazine…

While I do a PhD in astronomy
And I write about what I know
I write about beauty, I write about truth
At a couple cents a word each go
But I’ve got all kinds of chills and all kinds of thrills
From what I just got to see:
That thrill that’ll greet ya when you see your feature
On the cover of Astronomy!

Ok, forgive me, because unlike other teenagers who dreamed about being on the cover of the Rolling Stone I happened to dream about writing for Astronomy.  So Almost Famous for geeks, but unlike most people my dream came true!

One gets a touch philosophical when achieving such dreams, but I will refrain from sharing them all here except to say that I wonder if I’m a writer now.  My conclusion is I think so, though certainly an astronomer first, so for now I will settle for being an astronomer-writer like a six-year-old who says she will be a rock star and the president and a pony.  It’s just like then, who’s going to tell you no?

Oh and of course, as you can all imagine from such a lovely cover the article inside is even better, so you should all go check it out in the March 2013 edition of Astronomy.  The article is about cosmic rays and the Pierre Auger Observatory which I visited two years ago while working on my master’s thesis- a nice souvenir from that time of my life!- and seems to be nicely received on social media and the like.  And hey, what kind of writer would I be if I didn’t encourage everyone I know to go and check it out?! 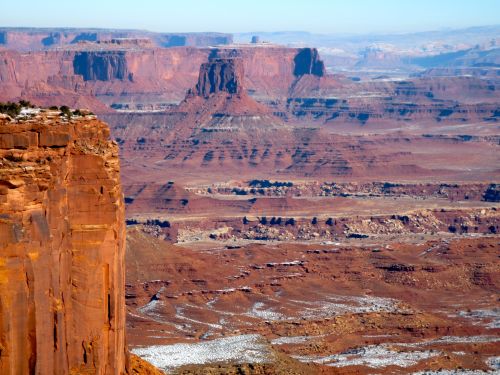 I think after this I am done posting a million billion scenery pictures from my time in Utah, but couldn’t resist one last one from Canyonlands National Park.  The park is where the Colorado River merges with the Green River, and used to be a site for cattle ranching and uranium mining until it became a national park in the 1960s.

This photo was taken from the Island in the Sky, which is a sizeable mesa 1,000 feet above the surrounding valley (sizeable here defined as it takes at least 15 minutes to drive across it) and with just a very narrow neck connecting it to the non-canyon surrounds barely large enough for a 2 lane highway.  You can’t see it in this picture but there’s a 4×4 dirt track around the bottom of the Island in the Sky that’s 100 miles long called White Rim Road that takes several days to complete.  Talk about an adventure!

Canyonlands was also interesting because not to sound like a broken record on this, but so few people go there the gate was closed and you had to go into the ranger station to pay the fee.  So when I did I asked the ranger there how many people visited every day which in national parks is measured by the door count (read: not entirely accurate especially in summer when you don’t have to stophere), and he said the previous day was about 200 people, but in the summer it’s more like 2,000 people.  This was still the tail end of “winter rush” though, as in a few days after new year’s, so for the rest of winter (ie around now as you read this) they’d be looking at maybe 30 visitors a day.

I asked at Arches too, which is more popular for several reasons, and they said the door count in “winter rush” is more like 300 (note, they keep someone at the gate here so you don’t have to go in) but in the summer it’s more like 3,000 people a day.  I guess my conclusion out of all of this was to not be timid when it comes to visiting national parks when out of season especially if you want some solace- the weather was fine so long as you had a jacket and normal cold weather gear, and if anything I think my pictures look better for all the snow!  Plus I’m not entirely certain why you’d want to come here in summer anyway when the temperatures soar over 100 degrees Fahrenheit… it doesn’t sound very comfortable for hiking.