The Palaces of Sintra, Portugal 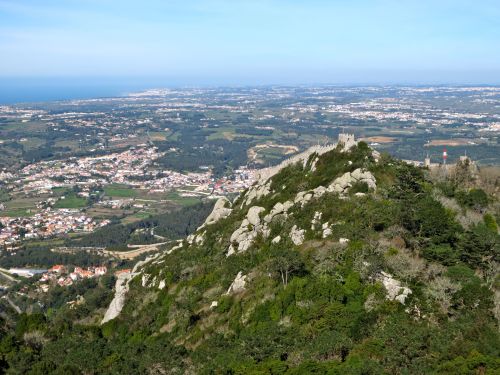 “You must go to Sintra!” everyone tells you the moment they hear you’re going to Lisbon.  When even the random Portuguese man on the street is telling you such it’s advisable to do so, so I hopped on the commuter train for the ~40 minute ride out with no serious ideas of what was there except a nice town with a lot of nice summer palaces and estates from the Portuguese royalty and other elite.

And holy hell, everyone is right- you must go to Sintra!  The town is lovely, and the palaces are so wonderful that I think they have my new favorite palace in the world here! 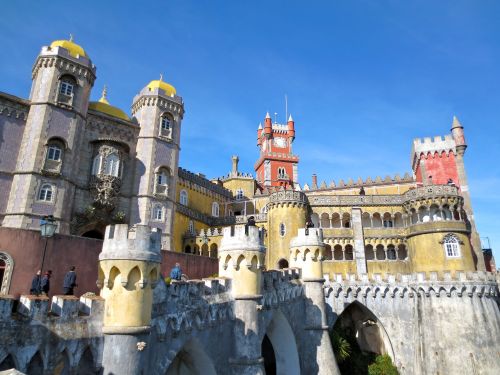 The palace in question is the Pena National Palace, perched on the highest hill around with sweeping views of Lisbon to the east and the westernmost point of Europe in the opposite direction.  It was built in the 19th century to be the summer resort of the Portuguese monarchy, meaning it’s built in full romantic style like something a child would draw in art class.  Meaning it’s totally awesome. 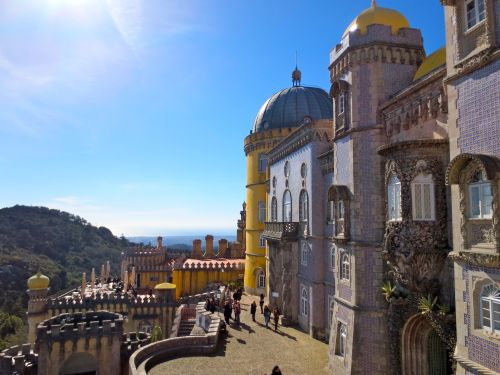 The town of Sintra itself is quite nice too- at the bottom of the hill, but chock-full with more palaces and mansions that are palaces in their own right.  Smack dab in the middle of town is the Sintra National Palace which was the royal summer residence from the early 14th century to the late 19th century when Pena was constructed.  The outside is nowhere near as fantastic but wow, you know how I said Lisbon lacks the grandeur and wealth of the Portuguese crown because it got razed in an earthquake?  Well when that happened they rebuilt and restored what was damaged in the Sintra Palace, so you definitely get a taste of what it was like 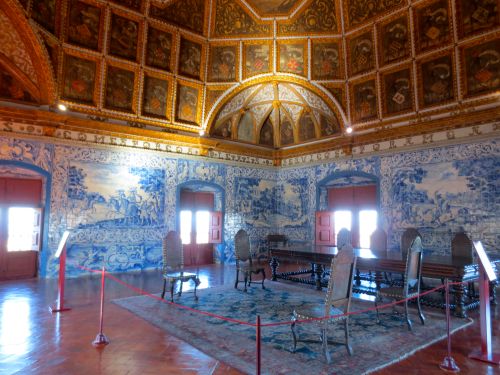 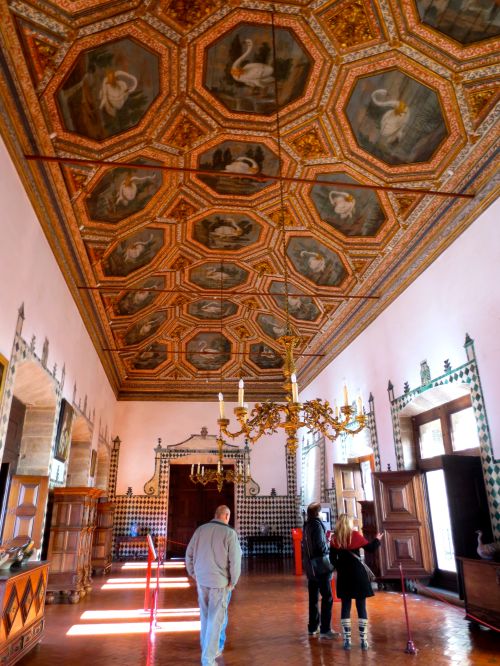 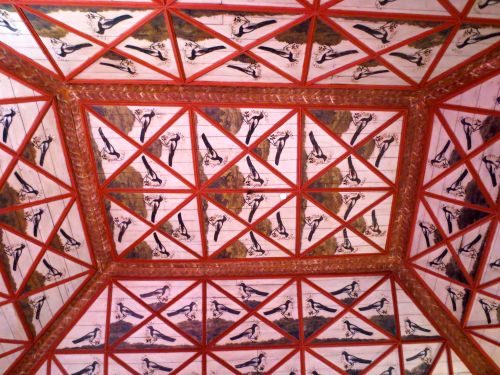 Now I must say, I’ve been to enough palaces in northern Europe by this point to know if I could choose I would definitely be a medieval noble in Portugal over one in, say, Ireland or England.  Castles in northern Europe from that time period are certainly interesting but always just leave me with the impression of how cold and dark it must have been- the poor of these countries now lead a more luxurious life- but you don’t get that feeling at all here.  In fact, you get the feeling that if they offered you the keys to Sintra Palace you’d be quite happy to settle down here, so imagine how much more spectacular it must have seemed 500 years ago!

Overall I must confess that if I did the Portugal weekend again I would base myself in Sintra with a day going into Lisbon rather than the other way around, as it’s such a nice little town with quite a lot to see.  Plus while I know the Portuguese probably wouldn’t let me, it’s quite fun to imagine taking up residence in the palaces.

This entry was posted in Portugal. Bookmark the permalink.

14 responses to “The Palaces of Sintra, Portugal”