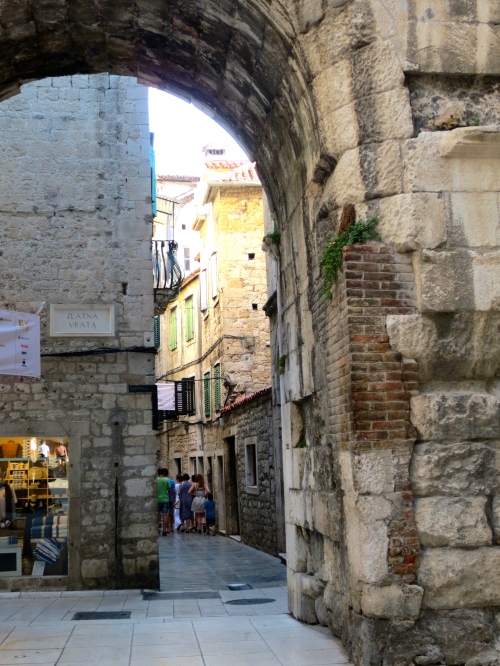 Split is the sort of place that’s fascinating to visit as there are few places on the planet where the unintended consequences of your actions are so heavily on display.  It was first built as the retirement palace for the Roman emperor Diocletian in the 4th century A.D.- the emperor who split things up into an eastern and western empire, another action that has reverberated through the centuries- but in the centuries since the locals have converted the remains of the palace into a city.  The result is a unique rabbit’s warren of narrow alleys and jumbles of houses and shops, which you wander aimlessly and keep running into random things like an artist’s gallery or a dentist.  It is magnificent.

If one photo isn’t enough by the way, here is the post from when I first visited Split four years ago.  As you can imagine, it’s the sort of place you’re very happy to explore all over again!

This entry was posted in Croatia. Bookmark the permalink.