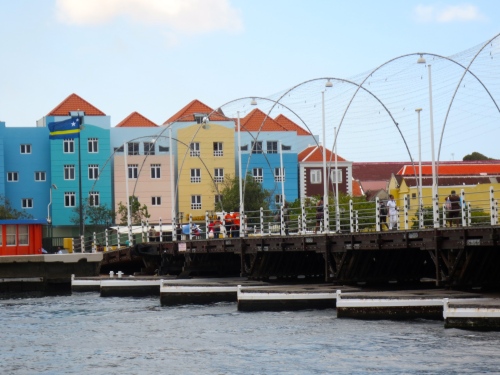 One of the odd things about the Dutch is like many small nations they have slight inferiority complexes about some topics, and my experience is colonialism is one of them.  They didn’t manage to grab as big a chunk of the world as England or Spain, so the Dutch spend a surprising amount of time lamenting things like how their ancestors traded Manhattan for Suriname.  I suspect this is all a combination of slight national hubris and wishing their bitterballen were more readily available elsewhere, which they nurse by ensuring you can drink Heineken in ever-more-remote corners of the planet.

Anyway, the reason I mention all this is the Dutch have still convinced a few places around the globe to fly the Dutch flag, and one of the ones they have clung to the longest is Curacao.  Curacao has been a “constituent country” for a few years now- they run their own affairs but are still a part of the Kingdom of the Netherlands when it comes to foreign policy and all those things- but more importantly the island is crammed to this very day with Dutch tourists and expats to the point where I practiced my Dutch more here than I normally do in a week in Amsterdam.  Curiously, they only got this island in the first place because no one else wanted it- the Spanish found it in the 1500s but were not impressed due to its lack of gold and much fresh water, so when the Dutch decided to claim it in the 1600s as a base for trade in the area no one really complained or made much fuss over things.  From there they proceeded to build fortifications to defend the port of Willemstad, along with a town with canal houses as only the Dutch can-

Like many towns in Europe, there is an elaborate set of chimes to ring out the hour and half hour, complete with local wooden figures who march around the clock on the hour.  Except of course we are not in Europe, so the figures are Caribbean!

Willemstad has been a bustling outpost of the Dutch kingdom ever since (excepting a few inevitable fights with the British here and there), first as a center of the slave trade which made them rather wealthy and then when oil was discovered in Venezuela in the early 1900s and a refinery was built over the old slave pens, making the Dutch in Curacao very wealthy again.  The local government now owns the refinery which is in turn leased to the Venezuelans, but what makes Willemstad interesting compared to many other Caribbean towns overrun by tourism is how they still have big ships devoted to industry passing through- 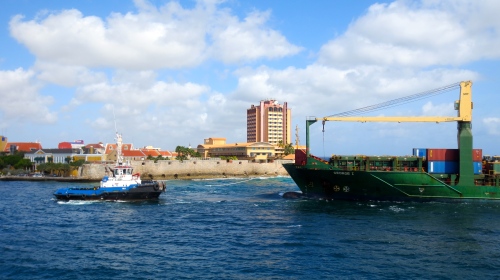 Whenever the big ships come through, half the town is divided from the other half because it necessitates opening the Swinging Lady bridge, a pontoon bridge that pedestrians use to cross the channel.  It really is something else lit up at night! 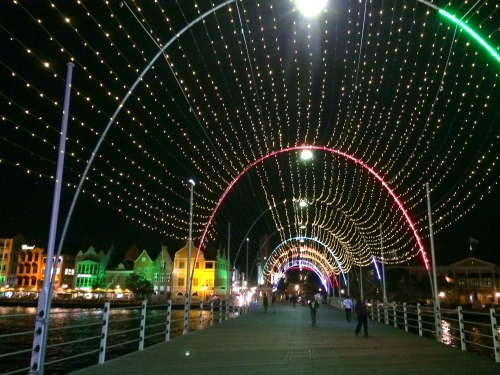 Anyway, after mulling it over I decided the Dutch really ought to forgive their ancestors for trading Manhattan for Suriname already- it’s clear they were tired of the weather and decided if they were going to cross the ocean to a colony there’d best be beaches and cocktails waiting there.  And my experience with Dutch is they also love to complain how they just traveled to a new exotic location only to run into fellow Dutchmen there, so this surely would be a greater issue if they’d done colonialism a little more successfully.

That said, to be clear Willemstad is a lovely little town, and a nice break to explore from the beaches of Curacao.  It really is no exaggeration that if you’d told me to imagine a Dutch town in the Caribbean this is pretty much exactly what I would picture it like!

This entry was posted in Curacao, history. Bookmark the permalink.