Ten months ago I finished my round the world trip, and nine months ago I started graduate school in physics.  To the surprise of no one it turns out graduate school in physics is hard, in particular when it comes to having to pass your qualifier, so a lot of my creative impulses were kept at bay for awhile.  But then two weeks ago I passed my qualifier (YAY!), meaning I am now actually eligible for an advanced degree and feel like I have copious amounts of free time.  Which translates into not so much free time so much as not feeling guilty I’m not brushing up on equations of motion during the free time, but it’s an important distinction. 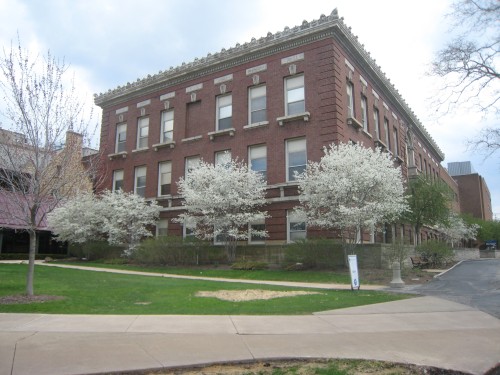 During this year three important things happened- I spent a lot of time thinking about what to do with this blog, I got a Macbook Pro with lots of built-in media editing capabilities, and I noticed that even when I’m supposed to be super-busy I’m still traveling!  Not as extensively of course, but I’ve quietly set my toe in 13 states and four countries while no one was looking (and Washington DC, I never know where to list that guy) and will likely set foot in my sixth continent before the year is out (hint).  So lots of content, which is encouraging because the “background noise” this blog gets is incredibly high considering how little I’ve been doing lately, and let’s not forget the literally thousands of pictures from all around the world that no one except me has ever seen.

So this is what I propose- during the next x days the blog will be restructured more to the liking of a general travel/geek blog instead of one focused on a specific trip.  As usual on blogs, I will write things relating to what I find interesting, and you will like it or surf elsewhere.  But to keep you guys interested I will be introducing a Photo of the Day feature so there will be something new every day, which I am proposing to do because I can set it up so it’s not that huge a hassle and I finally worked out how to make WordPress behave when it comes to my photos (not sure why a lot weren’t showing up for awhile but I think I’ve brought them all back! and they’re bigger now and you can click on them for the full photo!).  And we’ll see where we go from there.

As always, feedback is encouraged and appreciated.  Particularly if you have a suggestion on what sort of photos you want to see- my archives go back to include 30 countries on five continents and for now at least I’m having fun making them pretty and such for public consumption.  Cheers!

And That Was The Last They Heard From Them

My sister and I just took our first malaria pills- the non crazy dream inducing kind, sorry to disappoint- in anticipation of our overland safari starting tomorrow morning.  We’re in Cape Town right now and will spend the next three weeks traveling through Namibia and Botswana to Victoria Falls, and I don’t have much faith in finding Internet connections in the bush.  On the bright side though, at this rate you will probably get to keep reading about Africa even after I’m gone!

To keep you amused until our return to civilization, I finally updated the “By the Numbers” page for interested parties, and I invite you to tell me  whether a round the world trip ends when you enter the country you left from or when you go back to the exact point you started.  I’m returning to the States around August 1, see, but will be heading to New Hampshire for a few days before going to Pittsburgh to see if my stuff is still in my parent’s basement.  And I haven’t completely made up my mind on this yet.

Why I Will Never Forget Luang Prabang

Luang Prabang is a lovely little town in the north of Laos, but what ensures I will never forget it is an email I got earlier today- I was accepted for graduate school!  Ok, so it was Case Physics and I would have been depressed had my alma mater not accepted me (thanks guys!), but one is infinitely better than none and it’s nice to know I have some sort of future.  We’ll see what happens next, as I have only heard from 4/10 schools so far…

Anyone else have good news?

PS- One of the main reasons I am quite tickled right now is I once tried to work out where I might be upon my first graduate school acceptance, and figured Luang Prabang was about right so my mind concluded this is what would happen.  I’m almost wondering if I mentioned this to someone back home…